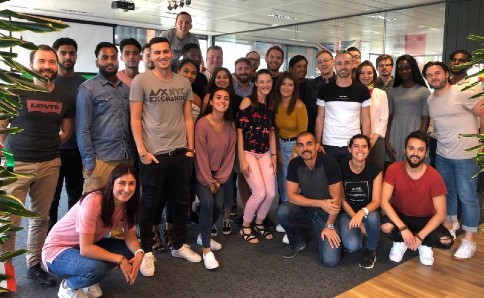 At SiteMinder, you’ll do the best work of your career. We’re the trailblazers of our industry and our enemy is closed thinking, so you’ll have the chance to be creative and question the status quo. Every day, you’ll have new problems to solve – and meet new people to learn from. We continue to grow rapidly and we’re committed to supporting the learning you need as you grow with us.

Two friends named Mike saw there wasn’t a way for hotels to exchange booking information with the websites they listed their rooms on. So, they quit their jobs to find a solution and inside a Sydney rental apartment was born SiteMinder – the original name of our flagship solution, The Channel Manager.

The Mikes went door-to-door, offering the solution to hotels for free as a show of faith in its promise.

Within six months after launch, 70+ hotels were using our channel manager and loving it. A low monthly fee was introduced to support development and we took our offering offshore, beginning our dominance in New Zealand.

We received AU$250,000 from an angel investor this year and hired our first employee!

With the growth of metasearch and the rise of OTAs, hotels begin searching for solutions that could allow them to take reservations directly through their hotel website. Enter SiteMinder’s online booking engine: TheBookingButton.

In August, we landed our first hotel chain in Rydges. The win began the succession of hotel chains that would adopt our solutions over the years, recognising their unrivalled ability to scale – up or down.

By this time, we were celebrating 4,000+ hotel customers around the world, 16% of which were based outside of the Pacific. The annual hotel revenue that passed through our technology exceeded US$1 billion for the first time.

We opened our third office in March, in Cape Town, and enhanced our suite of hotel solutions with the launch of GDS by SiteMinder.

After only five years, SiteMinder had become a force not only in the Pacific but South-East Asia, South Africa and the UK. The annual hotel revenue that passed through our technology had doubled to US$2 billion

To support our global expansion, we raised AU$5 million in funding from Bailador Investment Management and opened a new office in Bangkok in October.

Our channel manager was also opened up to be white labelled by other technology providers, as part of our Room Distribution Exchange (RDX) program.

Hello, Hotel Customer #10,000. Not only did we now have 10,000 hotels who backed us, our growth trajectory outside of the Pacific was stronger than ever. By this year, 36% of our customers were based in EMEA and 13% were located in Asia.

We also certified as a Premium Partner to TripAdvisor’s TripConnect, and ranked #63 for the second consecutive year in the BRW Fast 100.

Oh, what a year. In January, we became the first Australian-headquartered investment for Silicon Valley-based TCV. The US$33 million funding accelerated further development of our technology and global expansion with the opening of our fifth office, in Dallas, in June to support our entry into the US market.

Having observed the rise of the Chinese traveller market, in October we partnered with China’s leading OTA, Ctrip, and became the first channel manager provider to establish a real-time, two-way connection to their platform for hotels.

CIO Review placed us in its annual list of the 20 most promising travel & hospitality solution providers.

The annual flow of hotel revenue through our technology surpassed US$10 billion for the first time.

Recognising the cruciality of direct bookings, we acquired leading online booking engine provider Globekey in June to strengthen our already-formidable presence in Asia. This move was supported by the launch of our own hotel website creator, Canvas, at World Travel Market London in November.

We ended the year with the welcome of Restel’s Rantasipi Tropiclandia as our 20,000th hotel customer.

H2 Ventures and Investec ranked us #17 in their inaugural report of the top 50 technology pioneers to come out of Australia and New Zealand. The prestigious honour coincided with our sixth consecutive listing on the Deloitte Technology Fast Australia 50.

By this time, we had 23,000+ customers around the world who were introduced to our hotel business intelligence solution and new office in Galway, Ireland, in the same year.

Hi there, RQ Grupo Hotelero a.k.a Hotel Customer #26,000! Our signing of the Chilean group marked the beginning of our deep penetration into the Latin American market.

Only months later, The Silicon Review revealed our spot on their 2017 list of the ‘50 Best Companies to Watch‘.

Our biggest year to date. In February, Airbnb shocked the world by welcoming traditional hospitality business for the first time and we were there to launch the offering with them as Airbnb’s first global hotel technology partner. We signed Italy’s River Palace Hotel as our 30,000th hotel customer one month later.

Come June, we were ready to tackle one of the most notorious barriers to innovation in hotel technology. The launch of SiteMinder Exchange was a statement of exactly this, and it’s since provided much-needed relief for all developers of hotel property management systems and applications who have long considered connectivity to be their single-most crippling challenge.

To complete the year, we appointed our first CEO, Sankar Narayan, to co-lead us alongside our founder and managing director, Mike Ford. Sankar’s brought to us 20+ years in the travel, technology, media and telecommunications sectors, and we think he’s pretty awesome.

2019 was another groundbreaking year, from our pioneering partnership with RoomIt by CWT, which gave hotels direct access to a travel management company’s clients for the first time, to the launch of our Hotel App Store, which formed the first marketplace allowing hotels of all sizes to easily discover, choose and connect applications to their business systems for greater guest experiences and revenue. We also surpassed AU$100 million in annual recurring revenue and ended 2019 as the first cloud-based hotel distribution platform to process more than 100 million hotel bookings within any given year.

Already, we’ve been recognised as the provider of 2020’s #1 Channel Manager Software and one of the top three most customer-centric companies by Hotel Tech Report, and broken through the elusive billion-dollar valuation after successfully raising capital from BlackRock, AustralianSuper, Ellerston and Pendal Group. It’s shaping up to be another massive year and the best is yet to come…

Innovation is key at SiteMinder

We’re problem solvers, constantly evolving ourselves and our tech. With a focus on continuous improvement, our global team has moulded its way into the spotlight of hoteliers around the world. To find out more about our tech stack and current development challenges, take a look at our Tech Space.

See everything from the customer’s perspective

OK is not OK

Make what you do great, challenge the status quo, innovate

Be in the game

Own it, finish it

Want to join an awesome team? 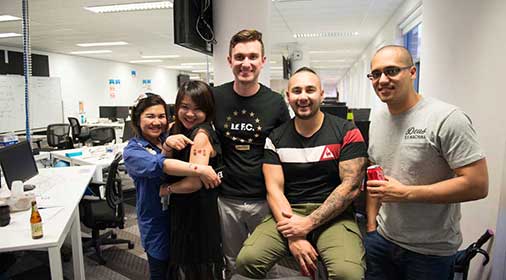 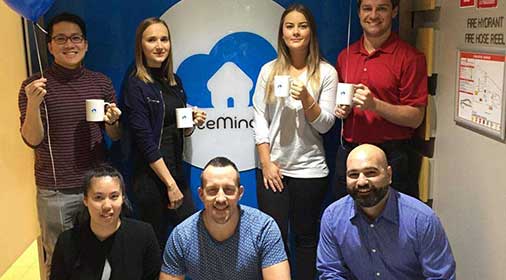 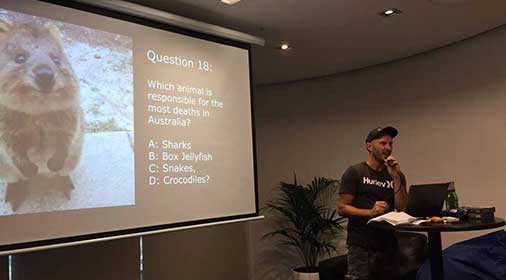 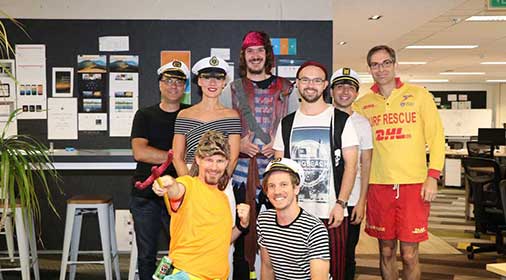 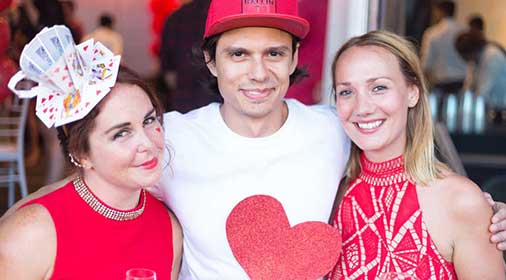 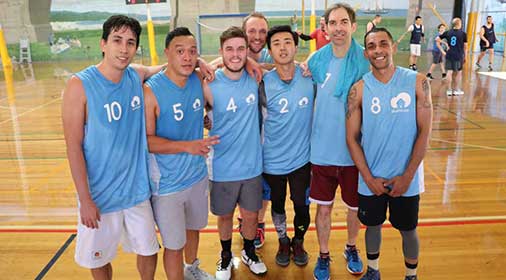 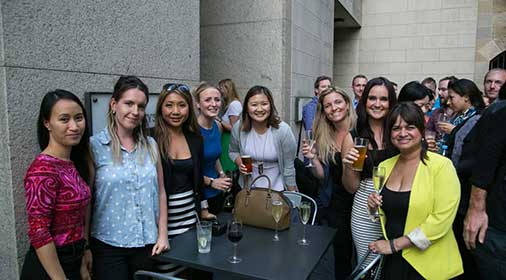 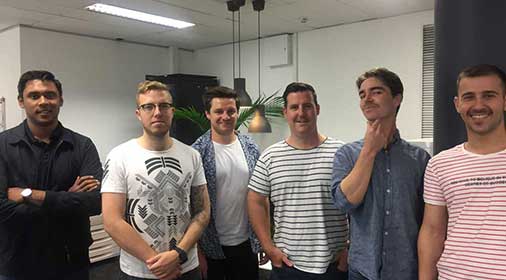 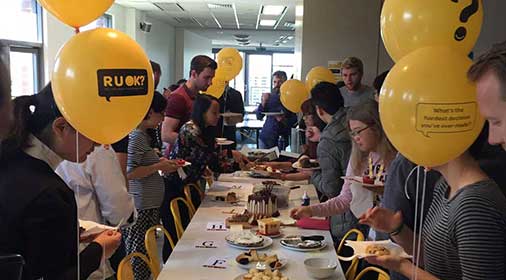 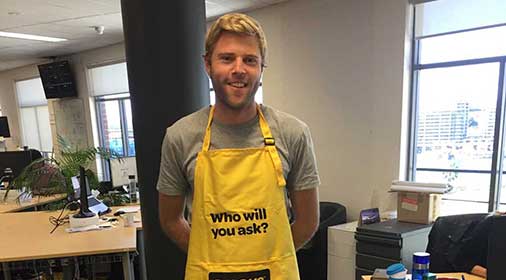 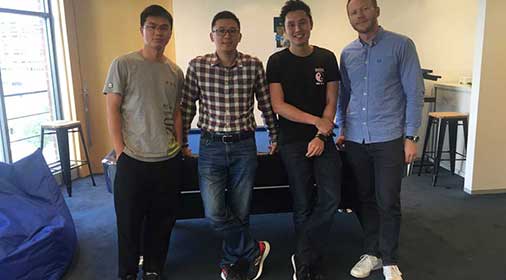 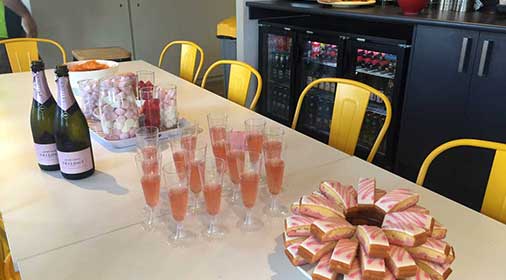 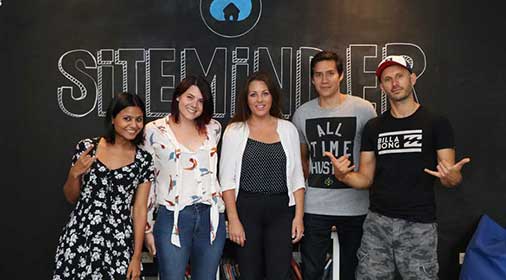 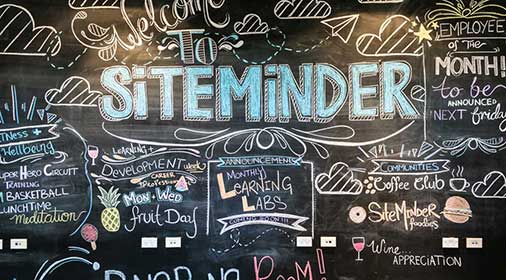